OK NOW I HAVE REALLY FLIPPED

Here is my audition for the new Oprah Winfrey Network (OWN).  If  you are so inclined shoot me a vote please. I would appreciate it.
Click here to see Audition for Madre Minutes OWN show.

Thanks for the vote and I'll see you in a minute hopefully on the OWN network.  It's a shot in the dark but you never know right.  It's one way to get His word out there.  Thanks yall.
Posted by Madre Minutes at 11:58 AM 0 comments 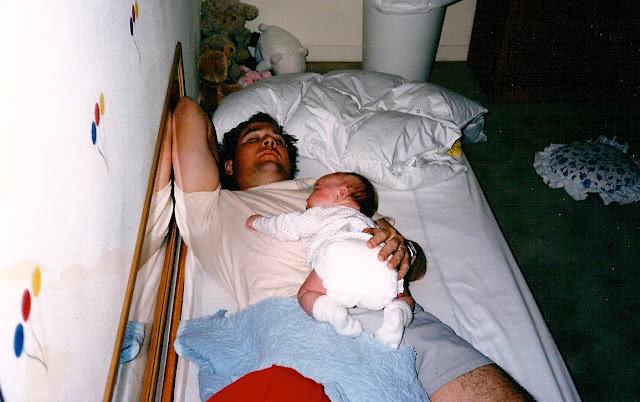 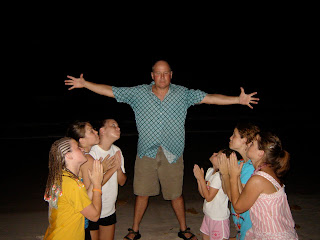 We celebrate Father's Day and all over this country where families honor, distinguish, and recognize father's.  In churches, on television, on the radio, in malls and stores, in the newspapers, magazines, and any other social media avenue it can gain exposure the message goes out.  We give presents to our dads thanking them for all they do for us sharing our sentiments with them and others to bless them in some way.  Our earthly father's are important, especially for women and girls, when establishing that personal relationship that only a father can establish with his child.  I admire so much the individualized relationship William has with each one of our six daughters. 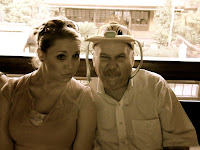 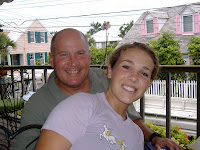 He has impacted each one throughout their lives in different ways.  His ability to know what each one needs before they ask, to anticipate how he can help them and his ability to micro manage parts of their lives helping them discover independence from us as they mature into adults.  He is an amazing father to our girls and God knew what He was doing when He gave William to me and to each of them.

He walks in such a tremendous amount of grace, stability and strength I am always in awe. My reaction usually is just that, a reaction, whereas his is more of a relational perception meant to be nurtured, contemplated and discussed to find the right solution or advice. 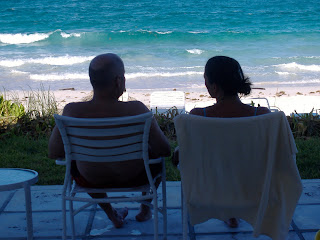 Someone asked me today, "What is the key to a good marriage, communication?" I paused and thought for a minute and almost instantly said, "grace".  God's Word says, "Seek first the kingdom of God and all these things will be added unto you", and since I believe the Word of God is Truth and I believe Jesus is grace then if I have Jesus I have grace and all the rest will be added.  She said,"Love is not the key?" And I said of course you have to have love, but for me when I know Jesus' grace I have love as it is part of all the rest that He freely gives that add up to a great marriage.  I don't find that you can compartmentalize Jesus that way thinking there is just one key. He is the key and He is grace.  William walks in amazing grace.
This made me think of how would I wish God a Happy Father's Day? How do I every day?  Do I think about how blessed I am to be a daughter of the King when I am in crisis and I need Him most?  Do I show Him my adoration every day and do I pray to Him just to say I love you, good morning and good night?  Am I appreciative of the blessings and gifts He has bestowed on me as the Creator of all living things?  Everyone lives with their own convictions and this one hit home with me, that I am lacking not only in my telling William what a great father he is, but also telling God what a great Father He is too!  When was the last time you told God, "You're a great father God".......like you would your own father?  That is the type of communication and relationship He wants to have with you. Here is what He does for me.  He sings over me with delight, He calls me His love, under His mercy He pleads for me to wait.  He sees no stain on me and calls me His child.  He calls me beautiful.  He asks me to cast all my cares at His feet, and tells me to find my rest in Him.  He will breath His life inside of me and bears me up on eagles wings hiding me in the shadow of His strength.  He restores my soul with quiet waters resting as I am made whole. He calls me His bride, His beloved.
All these things add up to amazing Grace, His Grace that is such the perfect picture of what we hope for in our earthly fathers.  William is running a close second........I love sweet Willie.  You are an amazing father to our 6 incredible daughters. 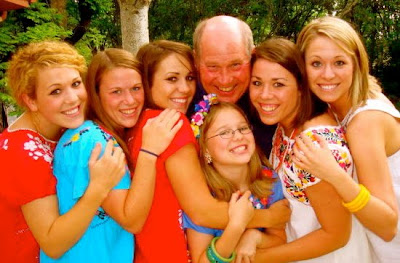 It is thanks to you and your mentoring, listening, love, care, nurturing patience, and guidance that has shaped them into the wonderful women they are today.
Happy Father's Day God!  Happy Father's Day William!
Posted by Madre Minutes at 9:22 AM 0 comments

I am blessed to be a part of the http://www.livingmyMoMent.com Summer Blog Tour.  As everyone is going about their summer plans my summer has started off different than usual.
As I am on the road again visiting my daughter in New Orleans I sit in her new duplex second story home looking at treetops and rooftops of neighbors wondering who lives there, what are they like, do they care about the same issues I do.  For the past three weeks I have been collecting hair.  Yes hair.  Some people collect miniature spoons, but I am collecting both dog and human hair for the relief efforts in the Gulf.  I passed out a flyer in my hometown telling about a website http://www.matteroftrust.org and what salons and pet groomers are doing to help and how to get involved in your community.  Since I was making a trip over to NOLA I thought I might hand deliver it myself.  So found out there is a woman who works at the Ritz Carlton Spa who is collecting hair and making the hair booms. Never in my wildest imagination did I think I would get involved with something like this, but it has taught me a lot of things.
1. Being better to my neighbors is making me a better neighbor.  I have met some people I might not have met had I not gotten involved with this project.
2. Collecting hair is really not as bad as it sounds.  They wash it first so it really is clean.
3. I feel like I am doing my part to help in some small way and it helps our world that God put us in charge of to take care of. Another company http://wwwomatit.com has teamed up to make the hand mats the volunteers are using to pick up the oil on the beaches. After the hair soaks up the oil it is put into compost with some worms and is made into incredible fertilizer.  It goes full circle and that is the part I love the most about it.  I as watching a Dawn dishwashing soap commercial the other day and how they use it to clean the animals.  Wondered if just dumping a whole bunch of dish soap in the Gulf would be better than the toxic chemicals they are dumping.  It would disperse, disperse, disperse and disperse until nothing was left.  Could it be that simple?
4. Space Bag, http://www.spacebag.com has offered to help me so packing it down will be a snap.  I am hoping they will partner up with me on http://www.momtv.com so I can giveaway their incredible bags.   They are familiar with helping and have different relief efforts of their own like Katrina just to name a biggy.  My daughter actually used them to pack herself up after her first year of college.
5. If everyone got involved just in their little part of the world what a difference that would make, not just in this disaster, but in general.  Getting things going usually starts on a grassroots level and takes off from there to places far and wide.  I grabbed onto a moment in time where my passion for something has now taken me to places far and wide.  It is exciting, invigorating, encouraging and uplifting to be a part of this movement.  I still want to do more.  My next thing I feel like God wants me to do is not only deliver hair, but take a fully decked Airstream kitchen I have access to and just go feed these people who are working so hard, but who also may have lost their jobs.  Mom's Kitchen to the rescue....or maybe it should be Madre's Kitchen....what do you think?
The link to my pictures about this is on Facebook  http://www.facebook.com/album.php?aid=51592&id=1596499763&ref=pb
Since I am still on the road, am not using my computer and I don't quite have it down how to get those pictures on this blog this may be the easiest way for you to see how I packed them in.  I will be filming my drop off of hair and making hair booms and posting them on YouTube and Facebook on Madre Minutes when I return.  I hope it will inspire you to get involved in some way to help those in the Gulf who not only are working round the clock, but also who will be losing their livelihoods based on fishing, tourism not to mention the affect it is having on wildlife.  We really can make a difference. One hair at a time.
I will be giving away some Space Bags to the first 10 people who comment on this blog.
Posted by Madre Minutes at 3:58 PM 4 comments