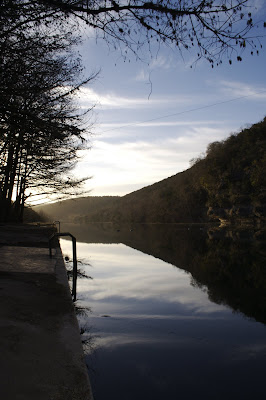 Well I have been walking now for three days and today I started running for the first time in ages.  It actually was pretty great.  I was putting it off, but now I am on board with the family who is running a 1/2 marathon in Dec..  I desperately want to join in with them to run this but have been lacking motivation.  Yesterday I did the eliptical machine while watching the food channel.....there is something seriously wrong with that picture.  Ironically it was all about New Orleans style food and we were leaving for NOLA the very next day.  I did not get to exercise today unless you count loading and unloading a loveseat, twin bed mattress and box springs and a kitchen table.  We were sweating like pigs, if in fact pigs really do sweat, in the Houston and NOLA humidity.  I could not stop sweating even in the air conditioning.   It was awful.  But we managed to get where we needed to be and the furniture will be a blessing to our daughter for where she will be living next year.  Tomorrow I will run walk down St. Charles with the trolly cars wizzing by, the students running and walking  their dogs and dodging the bikers who are dodging the cars.  It is very balmy here.  I have heard it is suppose to rain all day tomorrow so we will see.
My husband and I stay at the same b&b in the same room, so it is familiar now to us to come and visit.  I like staying in this place for it is close to everything and everywhere we want to be. That is how I want to be with God, close to him.  Close enough that He is familiar to me like two partners who know each others next moves.  I want to be where He is and I want Him to abide in me wherever I am.  I know when I am close to Him He is familiar and comfortable to be with like your old bedroom or your favorite pair of shoes.  There is something that is so right when I am close to Him and peaceful.  There are many things that are not so right and really not too peaceful when I ignore His calling.  There is no way now that I can not hear Him, but it is my choosing to negotiate or ignore the intensity level I care to participate.  Who however would not want to hang out with God, the Creator of the Universe and Master of all things?  Somewhere in my kingdom world and self absorption I waste precious time I could be spending with my Maker.  The very Maker who knows me so well and loves me so much....that He waits for me.  Then like a dawns early light I am back in His presence, back in His arms and in His adventure; off and running as the day breaks open into a new song.
Posted by Madre Minutes at 10:14 PM 0 comments

Jen Hinton Give Away

Chicks Who Chat and Keep it Classy Jen are giving away a JVC video camera and you have to sing a song using different words etc so here is my contribution....
http://www.youtube.com/watch?v=Brb2IFZU_DE
Go to JenHinton.com to see more details.
Posted by Madre Minutes at 12:01 AM 0 comments 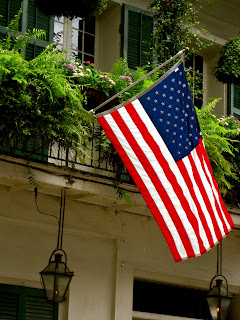